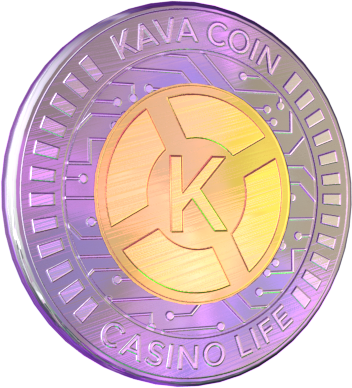 Kava’s CasinoLife is a social casino gaming platform for VR, Mobile and Web. CasinoLife features a new Stellar powered token called Kava Coins (Symbol: KAVA) as its premium currency for players to purchase premium game content. CasinoLife’s first game titled “CasinoLife Poker” is highly rated on Apple, Google and Facebook App Stores. In its upcoming update CasinoLife Poker will reward players with Kava Coins for engaging with the game and building their social network. The more a player plays the game the more Kava Coins will be rewarded to them for their loyalty. Kava Coins will provide players with rare and collectible content inside the platform. Players earning Kava Coins will be able to transfer their Kava Coins out of the game to their exchange or private wallets to HODL or trade on exchanges.

CasinoLife’s innovative design will attract and empower a user based community of Simulated “Sim” Casino Operators who will create virtual casino worlds by building and customizing their casinos. These Sim Casinos will be hosted within the broader CasinoLife platform and be accessible to all players of the game. CasinoLife will also cultivate a user community of content developers who independently design custom skins for game rooms, customize math and art for slots games, design clothing and accessories for avatars which will be consumed by players and Sim Casino operators. These items will be available to the entire player population through an in-game marketplace. Sim Casino Operators will earn Kava Coins based on their player engagement metrics. Content designers will earn commissions in Kava Coins from in app sales of their items. With Kava Coins being openly traded on major exchanges, these payouts will provide financial liquidity and potential profits for them while contributing to the overall richness of the platform.

Kava is a video games company based in Atlanta, Georgia. We have a 12-year history of producing and distributing 3D social MMO games (massively multiplayer online). Kava was founded and led by serial entrepreneur Christopher Klaus who founded Internet Security Systems (NASDAQ:ISSX) which was later acquired by IBM (NYSE:IBM) for over $1 billion. Kava’s first title “World of Kaneva” nurtured an ecosystem consisting of over 3 million players, 26,000+ designers that produced 2 million digital goods that were traded inside the game. In 2017 Kava launched CasinoLife Poker bringing its 3D virtual world expertise to the social casino genre. Kava is a pioneer with CasinoLife’s cryptocurrency loyalty program in the gaming industry.